Where do I even start?  Here goes...Growing up I was always healthy-bodied, but by high school I had to workout to stay that way.  Although I also pretty much ate whatever I wanted.  However, as most people know, high school can be a rocky place.  I had my own ups and downs there, and discovered for the first time, that not eating when I was depressed made me thinner.  Now, I knew this wasn't good, we'd had the assemblies about anorexia and how unhealthy it was, but I didn't really think that was what I was doing.  And as I came out of my "funk" I went back to eating normally again.  Of course, I was young and still working out, so it didn't have too bad of an impact on me then.

Enter college!  A whole new place with no family, very few "old friends," and a whole bunch of new people!  And in case I forgot to mention, I was very shy, but I hid it well.  So I met new people, joined a sorority, and made a bunch of new friends.  And of course, what did we all worry about?  Our weight!  Oh no...we didn't want to be the ones to gain the "Freshman 15!"  And thus started my crazy adventure with my weight through college.  I worked out every day, and tried to eat low-fat, but still pretty much ate what I wanted.  This ended up keeping me within a 15lb fluctuation limit, which was pretty good considering this was college and I was drinking all the time too!

Then Senior year came.  Here is where I think I started the craziness that has become my struggle to control my weight issues.  My long-time boyfriend broke up with me.  I was heartbroken and pissed off!  So I set off to get those 10-15 pounds off and look awesome for my last year in college.  I did it by going all protein and veggies for 2 weeks and working out 2 times a day.  Once I lost the excess, I realized that I coould still eat what I wanted if I worked out MORE!  So again, I wasn't really anorexic at this point, but I was crazy about making sure I worked out...usually 3 times a day!  I was measuring all my food, and making sure I counted my drinking calories too.

Exit college...HUGE depression set in.  All my friends were moving on, and moving out to the city, and I was stuck at home, with 2 more years of school to look forward to before I could even start to think about working or moving out.  Here is where the WEIGHT GAINS started.

To cut out some of the long boring stuff, basically I had messed with my metabolism so much for so long, that my body didn't know what to do any more.  So I started fluctuating in greater numbers.  Up 20, down 15, up 20 down 25, up 30, down 25...and so on.  Nothing MAJOR yet, but it is obvious that it was beginning to become a struggle.

Let's advance a little.  Finally I met the man of my dreams (after a lot of nightmares!)  And I wanted to lose those last 20 pounds before the wedding.  I was doing great!  I exercised in a healthy way every day.  I changed it up, so my body wouldn't get too used to any one thing (walking, stepping, kick-boxing) and I was eating healthy.  Good ratios of protein, carbs and fats, and fruits and veggies.
And then 5 days before my wedding I was (finally) diagnosed with appendicitis.  So off to surgerey!  (Don't worry, I made it to the wedding.)  But after that, I wasn't allowed to have protein or fiber for weeks.  And I couldn't exercise for even longer!  So here's where all the health really went out the window.  It was really hard to get going again...

Then it was baby time!  I got pregnant with my first and I was already up 45 lbs.  I couldn't lose it, but I could try not to gain too much more right?  WRONG!  I was hungry all the time.  I was still working, and later in my pregnancy there were problems.  So the stress did not help at all!  I ended up at 220lbs. by the time baby #1 was born.  And he had to be a C-section, so guess what?  No exercising for a while...again!  At this point, I tried to do a low/no carb diet to get the weight off.  HUGE mistake!  I was nursing, so this was BAD for making milk.  After 5 days, I realized my baby was starving!!!!  Now I was eating eveything I could to get my milk production back up.  Which it did, but now I was afraid of dieting at all.

I did lose some weight after the nursing was over, but then got pregnant with baby #2.  I thought it would be different this time.  I got pregnant at a lower weight than last time, so if I was careful, I wouldn't get as big.  WRONG AGAIN.  Being pregnant and having a 1yr. old is stressful too!  At the end of this pregnancy I was 230lbs.  Another C-section, another few weeks of no working out allowed...  I finally went to one of those meal-replacement places where they check you every week.  I did lose a lot of weight this way, but I didn't have to work out because I was still nursing.  When the nursing was over with baby #2, I wanted the weight GONE!

So now we move closer to the present.  Since baby #2, I have spent the last 5 years roller-coastering up and down by doing the low/no-carb thing, and then eating everything I missed.  The first year I lost 65 lbs and got down to 147lbs.  I looked great, felt great, and then slowly started putting it back on as I slacked off on my exercise and started eating more junk again.  This is pretty much the pattern of the last 5 years, although I never lost that much again, and every time I gained, it was MORE!  I finally maxed out at 232lbs.  I was upset, embarrassed, and miserable.  I was HUGE!  And there was no baby inside to use as an excuse!  I didn't want to go out with friends or meet anyone new because I didn't want anyone to see me like that.  I didn't want to go out with my husband because I didn't want other people to wonder what he was doing with some ugly fat chick.  So...I did it again.  Low/no-carb diet and exercise.  I did lose 57 lbs., but then the cravings kicked in, and I started to gain weight again.  I caught myself, but realized that low/no-carb just wasn't going to work for me anymore.  I also realized that I was basically being anorexic again when I did this diet...I would live on protein shakes for a week at a time.  I just couldn't sustain a diet like that.  So I went back to the meal-replacement place and tried to work with them.  I couldn't stick to it.  I was still unhappy in general, and I was sick of their food.  So I started eating junk again...

Let me throw in that during this time I also went for a check-up, and my doctor told me that my cholesterol was getting up there, but that she was mostly worried because my LDL's were really high!  I was getting really close to being at risk for a heart attack.  What!  Me?  No way...I have a family to take care of, I have young children, I'm only 38!  So this is what happens when you bounce around from one diet to the next and then spend the time in between eating crap.  So on with the story...

Then one night I was watching TV and saw the infomercial for Insanity.  Ha ha!  I know lots of people have seen that one, but I listened to what they were saying, and I looked at all those before and after pictures, and I wanted that to be me!  So I ordered it!  And I DID it!  It was the hardest exercise program I have ever done in my life!  And I was trying to do it at over 200lbs!   I was so ready to quit by the third week.  It was too hard, I was depressed, and things at home were rough.  But I went to the Beachbody website instead, just to see what people were saying about the program.  And you know what?  There were a TON of people trying to get through it just like me!  There were a TON of people who were overweight and trying to get healthy just like me!  And there were a TON of people who wanted to give up, but didn't, just like me!  I have to say at that point in time, the Beachbody website, and the message boards were what saved me and made me keep going.  I met a few people who I have even stayed friends with, and I found an AMAZING coach to answer ALL my questions (I tend to have a LOT!)  Her story is what inspired me to move on from Insanity and try another Beachbody program.  So I am now doing Turbo Fire and loving it.  My coach and my workout friends from Beachbody are there for me EVERY DAY!   They help to keep me going with the exercise, and they are helping me relearn how to eat healthy too.  I'm so grateful that I have these amazing people to depend on, that I realized I wanted to be able to help people who were feeling like I did, and who were going through the same struggles.  So I became a coach too!

Because this is such a struggle for me, and because I know this is a struggle for many people, I am going to continue to blog about my journey to find the balance.  I may still be near the beginning of my journey, but that just means we can go through it together!
Posted by Unknown at 6:56 PM 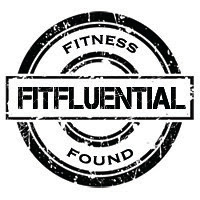 My Healthiest Meal of the Day